I’ve tried my best, but it’s time for me to move on from ROBLOX onto higher ground. I started the group as a guy with too much time, 30 minutes of homework a day. Now, over a thousand days later, I have 5 times the homework, and am employed. I loved the group and this isn’t easy because I’m emotionally attached. This sounds stupid of course, but it’s because I’ve forged some friendships which I’ve held for a year, two years, three years. I do not know how active I will be on ROBLOX, but you are welcomed to contact me via Steam and send me a friend request(I’ll play with you). I’ve tried my best as a leader and used to willingly spend so much of my time (probably 100 hours per month in school year, 250 hours during summer back in 2013, when we grew from 300-1400 in one year). But that is unrealistic and downright outrageous. I know people pointed me out on a few things, and I want to address them before I quit so you can all forgive me for whatever I did, because I forgive all of you(even you Winzeh).
-Corruption: People point out that some people never got legend who deserved it, and people who didn’t deserve it got it. You’re right, some people do deserve it but at this point it’s impossible to fix and I don’t want to hurt someone’s feelings by demoting and replacing them. Maybe I am a pushover but I don’t want to spoil people’s fun. I don’t want to reward individual’s poor behavior and if it was something blatantly obvious I would demote them without a second thought. I’m sorry, it is TRUE that I hold bias against certain individuals for whatever reason. The reason I had such opposition to people like Jerry, Carl, Sand and Tonethy getting legend was because I didn’t want clicky people as legend+. I want someone who tries to be friendly with everyone and is as inclusive as possible as well as treating everybody properly(I am well aware that some legends, whose names I will not list, mistreated other people behind my back. You know who you are and I know you also ). I’m not saying they mistreat others because it just means they have really good relationships with one another, but trust me; people often times are rightfully far more loyal to their friends than any country or GROUP they are allegiant to. I want to encourage relationships but an interconnected group of friends as legend translates to an alliance who will be able to easily manipulate or influence the group, and I don’t want to take that risk again. I won’t go into depth, but there was a small group in TMT that was a click, and it ended in a disaster (I’m talking late 2012, early 2013).
-No War: I should have taken risks, but after our blood feud with CCE and Helion as well as our blood feud with Red Crusaders I was WAY too cautious. I recruited a bunch in 2013 and we prospered, but 2014 and 2015 were sluggish years because I never took risks, I maintained our survival but I didn’t go beyond and engage in conflicts and actively seek allies. I have the feeling if I had geared our group on more raiding yet kept us laid-back that we would have done even greater things. You people don’t know much about our raiding history, however, we:
«Destroyed Anonymous Army(1300+): They were an elite group that raided us with Helion; we tainted their undefeated title.
«Obliterated Close Combat Empire(300+): Winzeh’s first group focused on our destruction.
« Destroyed The Sisterhood of Thieves(100s): Believe it or not this group was several hundred strong when we raided them under anonymous alts, filming their abuse and flaming. Our youtube video of the raid victory went viral in their group, accumulating 100s of views and apparently spurring a mutiny.
«Eradicated Helion Empire(700+): Winzeh’s second group focused on our destruction. We took the rebels down!
«Defeated The Grand Imperium(500+): Back in 2013 they boasted that they were undefeated and back then they were one of the most well-known groups on ROBLOX. I don’t care if they deny it, we beat them in a raid, I have witnesses.
« Ended the golden age of Red Crusaders(400+): We were also in a blood feud with them, the group now pretty much is dead, but it was an elite smaller, active group back in 2012-2013. Overnight we raided them on December 31st 2012 from 10 pm to 2:30 am and we won.

So yeah, I’ve put in a lot of effort. But isn’t this the perfect time for me to go inactive? The group is a former shadow of what we used to be, dwarfed by our historical activity, but the group still deserves more, and I will be unable to fulfill my duty as leader in terms of activity. We will vote probably mid-semester or late semester/winter break about whether we want to continue on without me or if we want to shut down the group or hand it off. I’m okay with any of the choices as long as it’s decided by you. I also want to highlight my biggest ROBLOXian career mistakes, ever:
« My first and biggest one is the lack of mercy and an excess of caution: I could have avoided my dispute with 10thprestiege if I had believed him that one night in 2012 when I was alone at Lava Stronghold and at least hadn’t replied to him saying he would commit suicide with ‘Good. The world would be better off with you.’ I was blinded by rage and thought it was a ploy to try to draw pity as earlier he had staged a ‘hacking’ blackmail with one of the TMT members(actually an alt). I also suppose I could have genuinely been more merciful with Winzeh and avoided the civil war completely.
« My second biggest one is being duped in a business deal and losing our chance at an ad spree: I won’t say much but I was an idiot who thought traders couldn’t be so cruel. I lost what, 20k+ RAP? It was on my brother’s OBC account, whom I felt so much guilt for betraying. I was going to use it on TMT ads. It’s my own fault, and as a failed trader, I can assure you: If a deal looks too good to be true, it probably is(I was so excited, I should have checked my hats after accepting the first part, it didn’t display an error message so I thought it was complete, and the fool exploited that ROBLOX flaw). Greedy kids want your virtual money.
« My final one, not quite as big, is preservation of artifacts of the past: I shouldn’t have removed 30+ historical videos, including the Sisterhood of Thieves video, from my youtube account; it was before my computer was wiped, so the files aren’t even present. I should’ve recorded our history more, I’d learn a lot from reflecting back on it. Remember to access both of our websites, especially our forum, which is way better than the ROBLOX forum.
I may be able to check in occasionally host; perhaps I will end up being relatively active, or very inactive. Either way, I would like to say farewell to all of you in your ROBLOXian and real career if I don’t get to talk to you again. 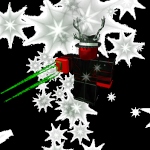