This is the 125th Hunger games. Also known as the 5th quarter-quell. This year, everyone had their names in twice as much as the age group ahead. So in the reaping, 18 yo. had the least ammount in. But 17 yo. names were in twice as many as 18. Down to the 12 yos. Whose names were in the most. And the most sickining part? The tributes woud not be pampered the way they would usualy be. After the reaping, all the tributes made their way to their homes, and wated to be escorted by the capitol to the arena. That's right. The sponsors couldn't see you until you made it into the arena. The game-makers can't adress the skill, and the tributes couldn't meet eachother. So some may have never TOUCHED a weapon in their life. (Aka Districts 3,5,6,7,8,9,10,11, & 12) And worst of all, YOU were the one picked at the reaping.

The time quickly came where you sat in the cold room's all alone staring at the tube in the corner of the room.
"30 Secconds". The robotic voice beemed to the tributes. You were startled by the voice and got ready. "20 secconds". Your heart was beating, and you couldn't calm down. "10 secconds". You put everything aside and stepped in the tube. Begin. The voice boomed and you steped in the tubes. "3, 2, 1" And the door shut. You were startled, and you began to rise.

You have stepped into your tubes, as you rise, you don't see anything, except the metal casing of the tube.
Several emotions arise in you. Hatred, defeat, anxiety, caution, sadness, seperation, worry, and acceptance.
You rise fom the tube to see the arena.

Land completely in front of you, miles upon miles of land all around you. You see forest everywhere. You think that this could or could not be your arena. You gather all your emotions into one greater one. Determination. You will win. For whatever there is left to return to. But anyways, you continue to survey the arena. But then, what's that? Could it be? You see just a small opening to relize what lays beyond. Water. But past the water is more land. What you don't know is that the arena is set up like a dart board. Land in the middle, sourrounded by water, surrounded by land, surrounded by water, surrounded by land. Five rings, starting and ending with land on the inside and out, with breaks of water. You think, Water is easy, but now for food...

Your thoughts turn into questions wich turn into distraught. Then you get interupted buy one of the game makers. "May the 125th Anual Hunger Games, Begin!


Tribute Information:
Name:
Age:
District:
Appeance (What do you look like?):
Best Weapon:
What/How you were feeling during countdown:
Friends with district partner?:
Main Strategy? Or prefer not to tell leave N/A:

Name: Sam
Age: 12
District: 2
Appeance (What do you look like?): Average, slightly overweight but not very visible
Best Weapon: Mace and Sword
What/How you were feeling during countdown: Determined To Win
Friends with district partner?: (depends if a D2 enters RP)
Main Strategy? Or prefer not to tell leave N/A: Kill to survive.

Name:Tristan
Age:12
District:4
Appeance (What do you look like?): At bottom.
Best Weapon: Bow, and Trident
What/How you were feeling during countdown: He was feeling like it was the last minutes of his life, he wasnt going to have any friends, and he was going to die right away.
Friends with district partner?: No.
Main Strategy? Or prefer not to tell leave N/A: Wants to team up with careers, and have a huge base.

Name: Kurosagi "Krelgrim" Yamamoto
Age: 14
District: 9
Appeance (What do you look like?): Asian, dark brown hair (looks black), brown eyes, sometimes wears glasses.
Best Weapon: Spear, Axe and Crossbow (if any)
What/How you were feeling during countdown: Melancholic
Friends with district partner?: I have a partner?
Main Strategy? Or prefer not to tell leave N/A:
Ever heard of Che Guevara?

I calmly walk over to my bag, being an Asian, shorter than everybody else I go by unnoticed and walk into the forest unharmed, with my bag slung on my back.

Being The District 2 that I am, I quickly run over to the cornacopia, I proceed in killing 2 people, A district 8, and a District 10, both female. When going after the D10, she puts up a fight, and slashes my left arm not very severely.

I grab two backpacks as well, but shove a sword, mace, and knives into one. (Supplies in one, weapons in another...) And run off into the forest as well, not allying with the carrers, because instead of 6, theres only 3. In the forest, I run for about 5-ish minutes, then quickly navigate through the arena to the middle of the first ring of forest. I decide to sit on a rock by a tree, and asess the events.
( Health -7)

I dash to the nearest trident, I get it, grab a backpack, and dash out of the cornucopia, since I am from district four im accrossed the first river in no time, I keep going, cross the second one, and set camp in a tree, catching my breath, I start making a little net for fishing in the tree, with some leaves, I make one and set it on a branch, I look at my backpack and it has some food with a water bottle, rope, and tiny blanket. I look around, making sure nobody is here, and take a nap.

I see how brandon made it so fast, So I decide to win him over, I go over there and remove the weapon from his hands. I look and gently tap him, to get his attention, before he gets angry and tries to kill me, I show him all the fish laying on a make-shift table that I cought for him ( I know people c: ) There are four fish, enough for the night, And he ________

(why you take my weapon.. 3:)
I see the boy from two, I give him a thumbs up. And continue running to my desired spot.

I return the weapon on the table and go out hunting, the night slowly gets darker, so i head home with another backpack (empty) For storage.

(The Anthem Plays And Results Are Shown)

I look up at the sky for the anthem, two people died, I stop watching, and I find a couple sticks to make a fire, I create one and start cooking the fish, putting a bunch of leaves above it to block out the smoke so nobody can see it. I take the sword and wait up apon a tree watching out for other people coming.

Having survived, I take a sigh of relief and check my belongings.
The bag contains:
A rope
A lighter
A large knife
A bottle of pills (Painkillers?)
And 2 thick jackets.

My pocket also contains my glasses and a picture of my girlfriend.

I proceed to climb the tree, going as high as I can..

(Samnala, you coulda just killed peetas grandson! :3)
I stop cooking the food, put the fire out, and start going up into the tree to sleep, with sword still in hand i hold it with my life and fall asleep.

(Could I make another character real quick?)

Sure, Don't get to mixed up tho c:) I stay awake to guarding the sleeping D4 Boy c:

Name:Miranda
Age: 14
District: 4
Appeance (What do you look like?): at the bottom
Best Weapon: Bow and Throwing Knives
What/How you were feeling during countdown:excited
Friends with district partner?: Yes, she wants to but she doesnt know if he'd trust her
Main Strategy? Or prefer not to tell leave N/A: Win. 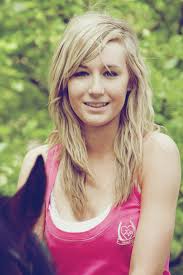 ~Miranda
As soon as I hear the gong I run towards the cornucopia, grab a bow, a pretty large backpack, and dash to the 5th ring, (Trist's is on 3rd,) and when I finally settle down, I look in my backpack. It contains
Throwing Knives
Iodine
Dried Fruit
Rope
and First Aid Kit.
When I finish looking through, I sleep in a tree, waiting for day.

Tristan
I wake up and look around "Where am i?" I thought to myself. Than i looked over, I saw the boy and than i remembered. The hunger games. I take my fishing net and walk over to the close-by river, and start fishing. After about 30 minutes I come back I return with 6 Fish.

[{BOOM!}] We hear in the distance, the male from district 6 died of a cornacopia injury (MAKE SURE TO CHANGE YOUR HP AS THE RP GOES ON PLEASEEE <3!)

( i willz)
"My name is Tristan, Whats yours?" I said shyly, "I feel like my brothers hated me, they didnt volunteer for me.." I said, almost on the verge of tears. "I think I'm gonna go on a walk, is that k?" I asked the boy from two.

Sam. It's ok....you'll survive here. I promise. Sure...here -gives a set of 12 kunais, they're small, so they can fit in this case. -I hand him the case of kunais-. Have fun...as much fun as it can be. Oh! Also. I hear that Mir-something is still alive. Miriana? Marriana? Miranda? Idk, anyways, I heard you care for her. Have fun-ish!